I am a bit ashamed to sometimes being known as a, “just slap it on, the glue will do its thing” kind of guy.

And I have often felt guilt and shame over this cavalier application of the gooey, dank smelling glop.

It’s sad, but true. I have been taking modern wallcovering adhesive technology for granted.

I’ve forgotten my roots. And it’s high time to right this wrong. So join me now, for a look at how this all started, and in particular: a closeup investigation of:

The Imperial Phase of Wallpaper Paste: The 19th Century.

• Wallpaper was first introduced to Europe by the Chinese. In those days, wallcovering was supplied in quadrants, each about a foot long, and 18 inches wide.

• In the early 1600s, a method of imitating a palpable, velvet-type finish was created. Wall coverings using this style were called “flocked.” This was achieved by sprinkling silk or sawdust on an inscribed design that had been glued in selected places.

The result created a frenzy in the decorating world, and the popularity for artistic wall coverings grew rapidly in Europe. This is how the wallpaper manufacturing industry began.

• As you would expect, the French had a great influence on wallpaper design. The first French wallcoverings were faux marble and other stone-like art.

• We can thank Jean-Michel Papillon, a French an engraver for the repeating designs that we know and love, and try to flawlessly match to this very day. Papillon is acknowledged as The Father of Modern Wallpaper.

But whether velvet, repeating pattern or faked rock: Even the most beautiful of wallcoverings would be worthless without some method to properly affix them to a wall.

This imperative need led to the invention of wallpaper paste by Ferdinand Sichel in 1888.

Yet, amazingly: they possessed a high wet adhesive tack.

This property was essential, in order to impede the penetration of the adhesive into the paper and wall, and provide a slow bonding speed. This allowed the wallpaper worker enough time to properly join the seams on the wall. The adhesive was usually sold in or boxes as dry, wheat-based power that was mixed with water.

Remarkably, after 134 years, the wallpaper paste technology created by a humble German chemist is still used everywhere in modern wallcovering.

From DIY cable television program hosts, to “weekend home-warriors,” all over the globe:

We owe Herr Sichel a debt of gratitude for his unselfish contribution to the advancement of wallcovering adhesive technology. 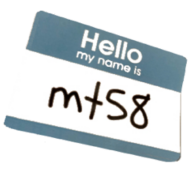 Your grateful host. Good on you all.

Thank you mt!!! You made my morning, and I DEFINITELY learned something!!!

Good on you, buddy!

(I bet you had the wallpaper paste article ready for months, just waiting for its moment in the sun. Lol!!!!!!)

See? I knew it would be interesting. Now I feel the need to write about how paint dries. It’s probably not as boring as they say!

Thank you, mt58. This is why tnocs.com is my happy place on the internet.

With a title like THAT, how could I not read it?

Nevermind what the experts say, this is what the people want!!

Bravo! (But why am I not seeing advertising from Home Depot?) 🙂

I could not stop giggling….

Weird-ass trivia, history, and funny’s, all in one well-applied article.