My apologies for my absence. My excuse: travel.

We were in the Southern United States in early July, returned home for a week and a half (in which work dominated every waking hour).

And then it was off to Italy.

We returned this week. I have caught up on your posts and comments, as well as all of Tom’s articles (and your comments) back at the mothership.

All of your posts have been fantastic. This community has covered an amazing range of topics–and a spectrum of emotions that is inspiring. Kudos to a summer well spent.

I don’t know why. Perhaps, it is Ellington’s sound, which always prompts a sense of joy–and a little escapism.

Ellington does make me feel like I have travelled back in time.

In studying my favorites in his catalogue, I notice another theme: location and place.

So, I present to you all:

Around The World with Duke Ellington

This album was the result of Ellington’s tour of Asia. That tour was one of a series of tours, sponsored by the US Government during the Cold War, so as to promote Western culture abroad. I suppose the aim of that program was that jazz would promote ideals of freedom, spontaneity, and creativity. There is a documentary titled The Jazz Ambassadors that covers Ellington, Louis Armstrong and Dizzy Gillespie’s tours. This is a beautiful record from start to finish. Go – right now – and listen to “Isfahan.”

Considered a follow up to the Far East Suite, I think this album is somewhat different. Whereas Far East Suite works within the paradigm and structures of the locale that inspired it, this album melds and fuses different cultures and different sounds. I am still waiting for Kendrick Lamar or an EDM artist to start sampling from this album. Afrique is the track to start with.

While this album is not situated in a place, it is a panorama of the various permutations of the blues, from the Mississippi to the stars.

A flawless album from start to finish. C Jam Blues or Smada (if I had to pick) are my favorites.

This album, on the other hand, is very much situated in its place. In a way, you can think of this as a prototype for a musician seizing the moment, at one special place, and becoming a legend. In other words, this is Hendrix at Woodstock – before Woodstock. Freddie Mercury at Live Aid – before Live Aid. Listen to Jeep’s Blues and Diminuendo and Crescendo in Blue

This album is, rightly so, acclaimed. However, I have yet to find the article in which a music journalist discusses the influence of New York City on Ellington, Mingus and Max Roach during these sessions. To my ears, this album captures the tense and frenetic energy of Manhattan.

I don’t think anyone, including Ellington, intended the record to be a reflection of NYC. But I can’t help but think NYC had some influence on the aggressive playing and dissonance that is the hallmark of this record.

The title track and Caravan are the places to start here. 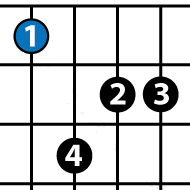 Sounds like I’ve got some listening to do! Thanks for this article. I hope your travels were invigorating and that you found warmth and hospitality here in the South.

Thank you, cstolliver.
We were blessed with unending hospitality in the South. My sister-in-law’s family is from Alabama. Everyone made us feel right at home and was amazingly generous.
I am going to start a movement to get grits up here in Canada! Don’t know why that breakfast staple never made it past the border.

Not a huge fan of grits, so I don’t have a strong opinion there. To me, replacing toast with biscuits is the major changed needed in northern breakfasts.

But in exchange, the US needs more poutine…

I’m more a fan of shrimp and grits than of the soupy variety that, to this boy from the Midwest, always taste like a not-good derivative of Cream of Wheat.

I really started digging into Duke Ellington’s work when covering early jazz for my music blog. Given the breadth of his catalog, suffice it to say that there’s a lot of stuff I still haven’t heard yet. Other than Money Jungle, these picks are all new to me.

One of the greatest gaps in my jazz collection is live stuff. Save for a few key picks (Ella in Berlin, Live-Evil, Mingus’ Town Hall Concert) it is terra nova for me.

Thanks for the recommendations! I’ll be checking these out.

So glad to see you back, and much gratitude for this entertaining and informative article!

Thank you, mt. As always: the layout and images are incredible. Thank you!

The jazz (and music) world suffered a huge loss earlier this week.

Genius trumpet player Jaimie Branch passed away. She was only 39.
Her passing struck me, as we are the same age–and it had me thinking of my old post on this site about turning 39.

But, more importantly, Jaimie Branch was, without a doubt, one of THE key talents who was leading jazz into new places in the 21st century. Her albums were all acclaimed–and rightly so. They may not be the place to start if you are just discovering the genre, but eventually you should make your way to her incredible, fiery, creative music.

I love what I know of Duke Ellington’s music (and I’m not going to lie, “Sir Duke” sparked my interest), but obviously I don’t know enough of it. Thanks for these suggestions.

So I moved past Miles Davis’ Scritti Politti obsession phase of his career, and bought Bitches Brew and Sketches of Spain. Jazz neophytes should start there. It’s rapidly becoming one of my favorite albums.

I know next to nothing about Duke Ellington. I’m all in.

Sketches of Spain is fantastic, and “Solea” in particular is stunning. Would you really recommend Bitches Brew to jazz neophytes? It might scare some people away! Unless they’re into psych rock and avant-garde noise.

As far as introductory albums go, one can’t go wrong with Birth of the Cool. Not to mention his straight up bebop and hard bop “verb” albums, like Relaxin, Steamin, Cookin, and Walkin.’

Not to mention Kind Of Blue. I agree, Bitches Brew is an acquired taste.

Welcome back, mm7!! I love the idea of Duke Ellington soundtracking travels; his stuff is perfectly suited to do so.

Anywhere in particular in Italy you traveled for?