A favorite tnocs.com side thread involved the origins behind our online names. While I’ve decided from now on to use my real name in bylines on this site, over at SG I plan to remain “cstolliver.” (Or, as mt58 dubbed me in his Christmas 2020 video, “cst” – the timezone of my youth.) My initials are the first part of the moniker but the latter part is what’s worth exploring.

As it happens, “cstolliver” tips the hat to another “mt” – Michael Tolliver, a key character in “Tales of the City,” Armistead Maupin’s classic newspaper column, book and TV series. I know from the Stereogum threads that some folks (BixMeister, for starters) are well-acquainted with Maupin’s work. For those interested in getting to know him, and “Tales,” better, here’s a profile of Michael T.

Gregarious, glib and gay: Maupin developed “Tales” as a fictionalized daily slice-of-life in the Pacific Sun and, later, San Francisco Chronicle and San Francisco Examiner. As he describes in his memoir Logical Family , his friendship with actress Nancy McDaniel “informed the one I would eventually create for Michael Tolliver and Mary Ann Singleton – a naïve gay man feigning sophistication with a slightly more naïve young straight woman.” Mary Ann’s journey from the blandness of Cleveland to the randy city by the bay forms the heart of “Tales.” (Absorbing the series as a recently out twentysomething in South Bend, Ind., I could relate.) Mary Ann meets Michael early on, while she’s flirting at the Safeway with Robert, whom she quickly realizes is not just Michael’s roommate.

Mary Ann had never found the subject so exciting. She was watching Robert’s eyes respond to her hollandaise recipe when a young man with a mustache approached with his cart.

”Can’t leave you alone for a minute.” He was talking to Robert. Robert chuckled. ”Michael … this is Mary Ann … ” ”Singleton,” said Mary Ann. ”This is my roommate, Michael. She’s been helping me with hollandaise, Michael.” ‘

Armistead Maupin, “Tales of the City”

It takes a bit after that initial (and, for Mary Ann, awkward) introduction before Michael re- enters “Tales.” Meantime, we meet all sorts of folks, from brassy Halcyon Communications’ advertising copywriter Mona Ramsey, to the firm’s chairman, Edgar Halcyon, to his unctuous son-in-law and executive-in-training Beauchamp Day, to the landlady of Mary Ann’s new residence at 28 Barbary Lane, Anna Madrigal, to neighborly straight man and revolutionary reject Brian Hawkins. With each introduction, Mary Ann’s world becomes intriguingly complex. “Tales” becomes not just an enormous canvas with a major storyline, but lots of little mysteries, intrigues and hilarities, as Mary Ann (and Michael) shed the innocence of their roots (Florida’s, in Michael’s case) and settle into city life.

A little cheek and a lot of heart: Michael’s willing to think outside the box – or boxers. Unemployed and desperate to help roommate Mona make the rent on Barbary Lane, he decides to enter the jockey shorts dance contest at The Endup, where top prize is $100. In his moment of triumph, he looks out and sees his not-quite-boyfriend Dr. Jon Fielding, surprised and leaving with his amused upper-crust friends. Michael gets off the platform, accepts a kiss on the cheek from Mona, declares, “Who cares if there’s a doctor in the house?” and starts to cry. I can’t imagine ever dancing in jockey shorts onstage, but I get the rest and I want to know what happens from there.

A man of his moment: the ’70s and ’80s (and later): The “Tales” are replete with details and storylines that reflect the decades: the disco decadence of the ’70s, the yuppie mobility and AIDS devastation of the ’80s, the initial HIV treatments and emerging online world of the ’90s, an ever- connected, gender- and sexually fluid global millennium. Michael grapples through it all with what it means to live and love, remaining true to the values he holds dear.

At the heart of every family: Michael’s mission statement is his “Letter to Mama,” first printed in the Chronicle in 1977, collected in “More Tales of the City” and gaining widespread awareness in successive decades (watch Sir Ian McKellen’s masterful declamation:

In the storyline, Michael responds to a letter from his mother praising the work of Anita Bryant and her “Save Our Children” campaign. Whenever I re-read the back-and-forth – in which Mrs. Tolliver supports legislation preventing gays and lesbians from careers in teaching and Michael responds with his truth – I remember one of the worst arguments my father and I had. I came out to my dad in 1988, a couple of years after student teaching and moving into a career as a newspaper copy editor. He told me how he supported similar legislation. “You do realize you’re talking about me?” I remember telling him. His response, in essence, “I know you, but I don’t know all those others,” chilled me to the bone. (His thinking eventually evolved – and I eventually became an educator – but those are tales for another time.)

I didn’t become familiar with the series until 1990 or so, picking up the first five collections (“Tales,” “More Tales,” “Further Tales of the City,” “Babycakes” and “Significant Others”) at one of those big-box, cut-rate booksellers. I had no idea what they were, only that the covers (the original versions with no uniform trade dress) hinted at a complicated set of storylines and characters. A decade-and-a- half “All My Children” fan, I was excited at the prospect of a book parallel. I consumed them, and while describing them to a co-worker at the South Bend newspaper, I agreed to lend her the first three so she could see what the fuss was about. I never got them back, something I didn’t realize until I had moved to Raleigh, N.C., oddly enough the very place Maupin left for San Francisco. Settling in with the man who is now my hubby, I saw he had the series as well, in the uniform trade dress the publisher used in 1989 with “Sure of You” when Maupin began writing “Tales” novels, rather than newspaper collections.

Since then, I’ve picked up the first three books a few more times. My second set went to a young, recently out friend in the early 2000s who was familiar only with one of the miniseries starring Laura Linney as Mary Ann, Olympia Dukakis as Mrs. Madrigal, and a parade of actors who portrayed Michael Tolliver. I told him those shows were fun, but he had to read the books to get the full effect. Hubby’s set went to my nieces a few years back as they came out and were eager to learn more about the community’s history. Now, I’ve settled for hanging on to the later volumes and keeping the first three on Kindle – much easier to maintain (and quickly search).

In the mid-’90s, at the onset of chatroom handles and email addresses, safety-cautious experts instructed us not to use our names or initials. Channeling my fictional favorite, I became tolliver@ , leading to my favorite Maupin moment. In 2007, he returned to the area for a “night with the author” event in connection with the “Tales” novel “Michael Tolliver Lives.” The audience of several hundred was told to fill a card with our email addresses for the chance to receive a free, autographed copy at the end of the event. The MC pulled out the winning card, said to Maupin something to the effect of “This is ​fitting…” and then called out tolliver@mindspring.com . I went to the stage, chatted a few moments with Maupin and the MC, and picked up the book. (Good thing I had already reviewed a copy of the book for the Raleigh paper, so there was no conflict of interest in accepting the prize.)

Maupin finished the series (at least as far as we know) with “Mary Ann in Autumn” and “The Days of Anna Madrigal,” and elements of those works as well as “Michael Tolliver Lives” made it into the DNA of the 2019 Netflix miniseries. Honestly, that series was so-so, but it did have poignant moments with Linney, Dukakis and Murray Bartlett, the latest actor to portray Michael. More important, by moving to streaming, the series engaged with a new generation on a platform of their choosing. Here’s hoping it led some to check out the collections and novels that inspired it.

I haven’t forgotten one of the best parts of the books and the miniseries – the music. But true to Maupin’s spirit, we’ll leave something to explore later.

⬇ Let the author know that you liked their article with a ‘heart’ upvote!

Thanks for the coverage, Chuck! I’ve heard many people speak highly of these books but I haven’t had the pleasure yet. I’ll put it on my list of books to be on the lookout for. (Fair warning, it’s already sort of a long list…) I like the way you gave a flavor of the writing and also related it to your backstory, nice job!

Love hearing these username genesis stories. I always try to guess the ‘what and the why’ behind the moniker.

Nice to meet your name, Chuck! And thank you for the book review… For some reason I always get this confused with “The Tale of Despereaux” (possibly because the surname Maupin sounds vaguely French). Not the same story at all. 🙂

That is a fascinating tale Chuck, I loved that! And how it all came full circle that you were able to share with Maupin himself the impact his writing had on you – I mean, you can’t fake an email address you’ve already had for years!! That’s fantastic on so many fronts.

Now I get the name and love it (should have figured it out before now)! Tales of the City featured heavily in Season I of the story of Partner and I back in late 1995. He introduced me to Tales and bought me all the books to read. I was riveted and absolutely loved them! We have watched all the original TV shows and Netflix reboot, along with reading the subsequent books. We even planned a trip to San Francisco to see the less than stellar musical (Jake Shears, who co-composed the score, has so much to answer for, calling Rufus Wainwright for a rewrite). We also visited SF sites mentioned in Tales, including the Buena Vista Diner where Mary Ann makes the call to her Mom to say she is not coming home and staying in San Francisco.

My screen name also comes from a book. It is from E.M. Forster’s Longest Journey and is a combo of two characters (I strongly related to both and I read it while in England while I was figuring out who I was). Wonegan was what I mistakenly remembered the character’s last name to be, but the correct name is actually my screen name here. Partner and I met on AOL and I used the RWonegan name at the time, so it is also part of our history. TMI, but that’s the story.

Cheers on the lovely Maupin write-up and sharing your memories and history. 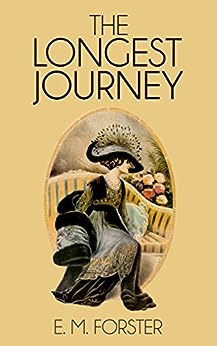 Straight guy, but found incredible insight and empathy from this book series. I think the first three books had only been written when I started reading in the late 80s, and these books (and the subsequent TV series) have been a foundational fiction series throughout my adult life.

This Is How I Remind Me