I recently posted a concert review about Sting and his opening act, Joe Sumner.

The comments for the article mentioned several other musicians who similarly have offspring in the music business.

That prompted me to start wondering. How common a phenomenon is this? And have any of the progeny been as successful or more successful than their parents?

The names started coming to me immediately. Let’s have a look!

Let’s start with The Beatles:

All four of them have at least one son in music, and John has two.

Julian Lennon has had some chart success, and Zak Starkey is currently drumming for The Who. The others, not so much. Of course, no matter how successful they might be, there will never be anyone who could really compare to The Fabs.

He has done well, but there is only one “voice of a generation, and first songwriter ever to earn a Nobel Prize in Literature: it’s his father, not him.

She could never have matched The King, even if she had been wildly successful on the charts, which she… wasn’t.

…and at least one grandson in music, with Ziggy being the best known, but it seems unlikely that any of them will come to define a genre, or bring worldwide exposure to a formerly fairly obscure religion.

But what if your parent isn’t a legendary icon, but instead, merely a decade spanning rock star?

Has anyone been humming Alexa Ray Joel’s latest? No? What about James Jagger?

London Hudson (son of Slash)? Elijah Blue Allman got a double shot of musical genes through Cher and Gregg Allman. But so far, he has failed to carve out any significant career of his own.

Of course, there are some who have made more of a splash than others. Wolfgang Van Halen got his start in his dad’s band, but has formed his own band, Mammoth WVH, and is currently touring as a headliner.

Then there are the children of musicians who have never quite reached star status, but who have been around a long time, making music for a living. The comparisons here are a bit different.

Rufus Wainwright’s career compares very favorably to that of his father, Loudon III. The talented Jeff Buckley unfortunately died at a very young age. He seemed to be poised to be at least as successful, if not more so, than his father Tim.

Dweezil Zappa tours quite a bit playing the music of his father. Of course, I think his dad owed him something for naming him Dweezil.

And lot of people know of Ravi Shankar, but more people have heard Norah Jones’ music.

Most notably of all, Miley Cyrus has outperformed her father, Billy Ray, at almost every level.

I have pretty much stuck to pop, rock, and a little bit of folk. When you get into country, the list of musicians following in the musical footsteps of their parents and grandparents is long.

Even attempting to get into this genre would make this a book instead of an article.

Who did I leave out that you would have included? Do you disagree with any of my conclusions?

Let’s talk it out in the comments!

Let the author know you liked their article with a “heart” upvote! 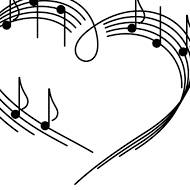 How appropriate, I was just watching a documentary about Wolfgang Amadeus Mozart, whose father Leopold was a respected composer, yet now mostly a bit of trivia since his son blew him out of the water.

(More fun trivia: the Mozart family was fond of the phrase: “shit in your bed and make it burst!”)

I may have to work that into a conversation this very day.

In German, it’s one word. One very long word.

Of course it is.

It’s Fahrvergnugen, isn’t it? Volkswagen was having fun with us that whole time…

A more recent instance is Robert Forster of the Go-Betweens, whose son Louis is in the band The Goon Sax. Louis’ band sometimes captures the rough and knotty charm of his father’s earliest recorded work.

That’s a great one.
This is my fave in terms of rough and knotty charm:

“The Clark Sisters” is credited to Grant McLennan and Robert Forster, but it’s got to be Forster’s lyrics, right? He’s the lead vocalist. When I saw Babette’s Feast for the first time, I thought: There they are. Great opening line: “They had problems with their father’s law.” Just like the sister in the Gabriel Axel film who could have been a great opera singer if not for his father’s selfishness/

Robert Hilburn, I think, cursed Squeeze when he compared Glenn Tilbrook and Chris Difford to Lennon/McCarthy. They kinda were, until Sweets from a Stranger. That’s too much pressure. No wonder the band went on hiatus. I thought Cosi Fan Tutte Frutti was a great comeback album. But maybe, just maybe, Grant McLennan and Robert Forster make for a better Lennon/McCarthy comparison. I like Squeeze’s five best songs more than The Go-Betweens’ five best songs, but the latter’s discography is more like The Beatles, because I can’t point to a subpar album. I almost bought a turntable when their albums were reissued on vinyl in two volumes.

“No Fame” from Inferno slaps.

I should definitely dive deeper into the Go-Betweens. I only have four of their albums. I feel like their first album is criminally underrated, given how unrefined it is compared to their later work.

And I only know one Squeeze song! The one that found new life on 90’s alternative rock radio: Tempted. What’s a good place to start?

When I look at the chart positions of Go-Betweens singles, I get the impression that they weren’t popular in their native Australia either.

There’s a lot of them about. As well as Rufus Wainwright there’s also his sister Martha and it wasn’t just dad Loudon they were following in the footsteps of as their mother Kate McGarrigle had a decent career as a folk singer-songwriter.

Some other big hitters; Frank and Nancy – there’s no way she could compete with Frank’s career but a decent effort nonetheless.

Nat King & Natalie Cole – again, an all time great and a daughter who had a pretty good run.

Wilson Phillips who had one stellar album that we spent plenty time discussing over at the mothership.

Julio and Enrique Iglesias – some pretty impressive career stats for both of them.

Kim Wilde and Marty Wilde – she might be one hit wonder in the US but Kim had a long pop career in the UK and outdid her dad who was one of the early British rock n’ rollers in the pre-Beatles era. Though he did go on to co-write a lot of her hits along with Kim’s brother Ricky. Keeping it in the family.

Lastly, in the UK Chesney Hawkes is one of the ultimate one hit wonders for his early 90s #1 The One and Only. His dad Chip had his own chart topper and plenty more success besides in The Tremeloes.

For what it’s worth, I play Nancy a lot more than Frank…

I’m with you there and in terms of being an actual decent human Nancy is streets ahead – at least as far as I know. I haven’t heard anything bad about her whereas I’m not sure anyone has anything good to say for Frank.

What do you think? Lisa Germano’s version of “These Boots Are Made for Walkin'”? Her idea, or Capitol’s?

No idea! I am ignorant of Lisa Germano, although Wikipedia tells me that she played on David Bowie’s Heathen.

All of these are great examples. I remember the discussion about the Wilson Phillips album. Looked like they were going to really give their parents a run for it for a minute there.

If we’re discussing composers, then the Bach family has to be considered.

I know he isn’t a direct descendant, but Drake’s father is Larry Graham…and that has to count for something, right?

And his other daughter, Anoushka Shankar, is an excellent musician, too. She plays sitar, like her father, and combines traditional Indian music and instruments with western influences. She’s released ten albums and composes film scores.

When researching images to use in the article, I learned that the relationship between Ravi and Norah was a difficult one. I was unable to find a single photo of the two together.

That’s why you see both Anoushka and Norah in the image; it was as close as I could get.

I did not know this.

Does anyone remember a band called Kula Shaker? Their first album came out in 1996 and I’ve just found that they released their most recent this year, so I guess they’re still around. Anyway, the band leader is Crispian Mills, the son of Hayley Mills who’s best known for her role in Disney’s 1961 movie The Parent Trap. And she’s the daughter of Sir John Mills and Mary Hayley Bell, both renown actors of their day.

Anyway, I’ve only heard the first two Kula Shaker albums, and their quite good, mixing Britpop with some Indian influences and 60’s psychedelia.

Huge fan of their first album K! I haven’t paid much attention to them since; did they continue to utilize South Asian influences in their music (I remember “Hush” was more a visit to the psychedelic 60s instead).

Good article LTC. I can’t believe that nobody mentioned Nelson, maybe because of the short time that they equaled their father’s success.

The only example that I remember now is Emily Estefan, because I know she is a singer, but never heard anything from her.

Good one. They didn’t last long, but they did have some success, which is more than can be said for some of the others.

I would include Whitney Houston and Cissy Houston as well even though the situation was reversed here, with mom being a music industry veteran renowned for her background work and gospel group work before her daughter broke big.

Of course, there’s Debby Boone and dad Pat. But perhaps the less said about that, the better. 🙂

And Donna Summer, whose daughter Amanda Sudano is half of the duo Johnnyswim.

Can’t believe it took this long for someone to mention the Houstons! How did I not have them in the article?

This isn’t really what your article was about, but whenever I hear of the Houstons, for some reason I always think of Minnie Riperton and her daughter Maya Rudolph.

I would add Gary Lewis and the Playboys. Yes, dad Jerry Lewis wasn’t a chart topper but he did sing in many of his movies.
Dino Martin had a top ten hit with his group in the mid-Sixties (Dean Martin’s son).
Wilson Phillips should be on the list. Carlos Santana’s brother hit the charts with his band Malo. So I guess that includes the Jacksons. These are all off the top of my head. I’m sure their are more we are missing.

I can’t put my finger on exactly why, but I’ve always thought that Gary Lewis and the Playboys were more credible than many gave them credit for. The few hits that they had weren’t bad.

Frustrated by inferior hit-record collections that disappoint? The tired ballads...…