As the New year comes into being…

…and as the defacto librarian at our humble school…

I was struck this morning by which book had such an impact on my life.

So I would ask our loyal readers:

To which book did you become enamored, and had a great impact on your life?

For me, I was in the Seventh Grade, about 12 years old or so.

I picked up Lost Horizon from our local library.

I was in our front room with light from both the north and east windows when I began reading the fate of a plane load of passengers headed to the Far East (Asia as it is known now).

The plane ran into bad weather and crashed in the high Himalayas. The survivors tried to trek on out of the mountains and were met with cold and despair.

But when they had just given up, they found a passage into a valley that was basically Eden.

As they tried to adjust to this new reality, they had different reactions to this new world. Some accepted it outright but others wanted to get back home.

The passage that remains quite vivid to me after sixty years is the talk among the (I would guess) the Dhali Lama of Shangri La and the leader of the refugees (played by Ronald Colman in the movie).

As they talked about religion, philosophy and government, the sun was slowly setting on my windows and the room was bathed in a golden glow.

And as the Lama reveled he was seven hundred years old and the valley retained the fountain of youth, I looked up and felt I had been transported across thousands of miles and was sitting in the room with the both of them!

I won’t spoil the end of the book…

But I’ve always retained a vivid memory of that day, and wondered what choice I would have made if asked to stay in Shangri La.

Be sure to let the author know that you likedtheir article with a “Heart” upvote! 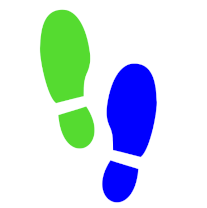 I haven’t read or seen Lost Horizon, but it sounds like I need to check it out. We all need great books to transport us to new places, and maybe transform us as well, into better people.

Off the top of my head, there’s: Notes from Underground by Dostoevsky, Song of Solomon by Morrison, Siddhartha by Hesse, Ulysses by Joyce, The Master & Margarita by Bulgakov, Nausicaa of the Valley of the Wind by Miyazaki, The Satanic Verses by Rushdie, IT by King, Catch-22 by Heller, A Clash of Kings by Martin, Maus by Spiegelman, The Divine Comedy by Alighieri, Temple of the Golden Pavilion by Mishima, and The Gospel of Mark by…the author of the Gospel of Mark.

I don’t think I’ve heard of Lost Horizon before. I’ve heard plenty of the concept of Shangri-la without realising where it came from. I’ve probably been confusing it with Samuel Taylor Coleridge’s Xanadu – or ELO & Olivia Newton John’s version.

Love the movie poster and the disparity between being Frank Capra’s greatest achievement whereas the performers are recorded as Ronald Colman and ‘a notable cast’. Not so notable that we want to give them much publicity as they’re crammed into the bottom right in small print.

There’s been so many books but I just can’t think at the moment. I’ll have to come back to that one once my memory kicks in.

I’m happy to introduce a classic novel to a new group of people!
Read the book first before seeing the original 1937 movie.
Don’t confuse it with the 1973 version which is a musical! (It didn’t do very well at the box office).
I’ve read many of the books you mentioned , Phylum but after all these years I can still remember the impact the conversation between Conway and the Lama have to this day.

I know the title but have never read the book or seen the movie. Thanks for motivating me to get off my backside and give it a try.

I hope you enjoy it. It may be dated by our present standards but it asks the eternal question, would you be happy to stay in paradise or would work to make the outside world better?

You know, most of the books that have really pulled me in, where I was totally lost in the book’s universe, have been in the science fiction realm.

Books I wish I could read again for the first time:
Hyperion by Dan Simmons (a dark sci-fi Canterbury Tales, each tale a different genre within a cohesive whole)
Anathem by Neal Stephenson (a mystery unfurling on a world with many similarities to our own)
The Wind-Up Bird Chronicle by Haruki Murakami (not really sci-fi per se, but sci-fi-ish)

I haven’t read Lost Horizon though I’ve heard about it. I’ll put it on my list.

Last but not least, so glad to have a column from you DanceFever!!! Thank you for sharing!

I saw the remake. It has a reputation of being a so-bad-it’s-good kind of movie. It didn’t disappoint. Some of the musical numbers look as if there was no choreographer. I saw the wrong Lost Horizon.

Before my art snobbery phase, I was an avid Stephen King reader. It made me a reader for life. (The Goonies meet The Big Chill.) Worked my way backwards. Christine is the other book I love. Arguably, the most successful adaptation of a King novel.

Lisey’s Story brought me back into the fold. The scale of 11/22/63 was impressive. But my favorite 21st century King novel is Billy Summers.

During that stage of my life when I used words like “diegesis” and “Brechtian distanciation” at least once a day, Kazuo Ishiguro’s The Remains of the Day is what stays with me. The James Ivory film doesn’t quite capture the tragi-comic tone of the book. Honorable Mention: Colson Whitehead’s The Intuitionist.

Post-COVID, I give mad props to Ben Lerner’s The Topeka School.

Thanks, DanceFever for giving us a forum to talk about our favorite books.

I love to read and have devoured thousands of books, but when someone asks a question about influential or favorites, my brain seems to shut down and forgets that I have ever read a single one. My favorites are not always the ones that had the biggest influence, although The Razor’s Edge by Somerset Maugham would fit both categories. Lord of the Rings is a favorite. A one-act play called The Valiant that I read when I was in the 5th grade has stayed with me for years. I couldn’t remember the title or author, but I remembered certain lines for decades before I finally found the play and read it again. Not sure why it had such staying power, except that it raised questions that were new to me, and that I might have been a bit young to contemplate.

Forgot to say how nice it is to read your first piece! Hope to see more.

Thanks to you all who enjoyed my dipping my toe into the contributor’s club!
Cappie, I am a big Stephen King fan also ( we hail from the same New England background and are about the same age).
LTC, I’m proud to say I introduced The Lord of the Rings into our high school
must read list ( the head of the English department didn’t think it would appeal to high school students but the late ’60’s, early ’70’s were a fertile
breeding ground for fans of J R R Tolkien).

I’ve shared my favorite book in an article here before…and suggested what my favorite was before I read that one, but your article made me reach into the dark recesses of my mind to remember books that overwhelmed me on their first read:

Ghost Story scared the wits out of me my senior year in high school. Rarely have I been so disappointed by a movie version as I was that one a few years later.

Completely agree. I read it in 8th grade, and when I got within the last 150 pages I HAD to finish the book or I wasn’t going to be able to sleep.

Lent the book to a friend of mine and never saw it again…bastard.

Found it my freshman year at college in the library, and wound up going thru the same emotions reading it again, at age 18.

I saw the movie! It was on the Criterion Channel. It was part of their “80s Horror” series. How does a film disappear? I literally couldn’t believe what I was watching.

Good to have you in here, DanceFever!

I read a lot. Almost none of it is in the form of books. I am not a book reader. I appreciate a good book, but it has just never been a part of my personality to read fiction. I’m like the person that “likes” music, but follows no bands, doesn’t pay attention to any styles or anything. So most literature discussions leave me in the dust.

That being said, the fiction that probably gave me the most “A-HA!” moment was The Grapes of Wrath. I really didn’t like reading in school. I was always amazed at how much more my fellow students got out of books than I did. In class discussions, I would be dumbfounded at how little I gleaned out of fiction compared to my classmates and the teacher. All book reading was a chore. I didn’t necessarily hate every book that I was assigned to read, but I liked exactly none of them.

But in 11th grade we were assigned to read Steinbeck. It was the first book that I wanted to keep reading. I finished it early. I was amazed. But I don’t even know why. I can’t even remember the book that well now.

It was probably a combination of things I liked…I thought American history was interesting, I found the great depression fascinating for some reason, and probably most of all was the “road trip” nature of the story. I hardly loved anything more in high school than dreaming of driving around America on an endless road trip. (Blue Highways was a book I liked at the time, too).

I know the story is pretty depressing, but if nothing else, it offered me hope that even Link could find a book or two out there that was appealing.

Lifelong avid reader, but like Link, I hated most of what was assigned reading in high school, except for Grapes of Wrath.

Currently re-reading The Stand, and it’s amazing how much of it mirrors our current climate (and not just the plague part).

DF, I’ve never actually read Lost Horizon, but I did have a paperback copy as a teen, and funnily enough brought it with me intending to read it on my first time on an airplane (not sure why I thought a story involving a plane crash would make for good inflight reading). I ended up staring out the window at the ground below during the whole trip and the book never got opened.

I remember thinking in HS, F Scott Fitzgerald’s Tender is the Night being immensely better than The Great Gatsby, but that’s it – can’t remember a thing about the story at all! Guess that means I’m overdue for a re-read.

I also definitely recall Bridge to Terabithia as having a profound impact on me as a kid. It was the first time I’d ever read a tale where there was this major tragedy, and how people dealt with it. First time it really shook me up, but I wound up reading it over and over and learning a little more each time.

The Curious Case of Futility

Here's a fascinating debut article from our newest Contributing Author,…