About the time I turned 14, about to enter high school in late summer ’77, I heard a ballad by jazz, R&B and pop musician George Benson that caught my attention. Even as a young music listener, I found myself paying more attention to the lyrics than the music of pop songs, and this one really caught my ear:

I decided long ago, never to walk in anyone’s shadows
If I fail, if I succeed, at least I’ll live as I believe
No matter what they take from me
They can’t take away my dignity

Within weeks, it would be on “American Top 40,” where Casey Kasem would tell me it was the theme to the Muhammad Ali biopic, The Greatest.

But listening to Benson’s nuanced vocals, building until he exclaims, “Find your strength in love,” I already knew The Greatest Love of All was something special. It named exactly how I felt, even though I couldn’t explain why I felt that way. I just knew when Benson sang, “And if by chance, that special place that you’ve been dreaming of/Leads you to a lonely place,” he was singing to me.

The way Benson lowered his voice on “special place,” then soared at “dreaming of,” changed key when he sang “lonely place,” and boomed that final line…

He knew this love didn’t and wouldn’t come easy – it was wondrous but scary, frightening but fabulous.

I didn’t know then that these words weren’t Benson’s own, though his extraordinary performance was. I later learned about the life and talent of songwriter Linda Creed and how The Greatest Love of All was her favorite composition. It’s not hard to understand why.

Perhaps because it became a global sensation almost a decade later, when Whitney Houston covered it and saw it become a three-week pop chart-topper, The Greatest Love of All became a punchline for critics – whether of pop ballads, of lyrics with sentiment, of lyrics referencing children… or all of the above.

I never understood it.

To me, it was as if they’d never understood what it meant to struggle to learn to love yourself. Or maybe they did, and they misunderstood the line about “the greatest love of all is easy to achieve.”

To me, what Creed wrote, what Benson and Houston understood when they sang, was that the greatest love of all of is easy to achieve when you learn to love yourself. But doing so isn’t easy. When children aren’t shown the beauty they possess inside, can’t find a sense of pride to make growing up easier, become used to walking in other people’s shadows, have their dignity taken away – how do they learn to love themselves?

I was lucky. Benson, and Kasem, and Houston, and a large community of people I never met – but somehow knew – showed me how.

That special place I’d been dreaming of, the one that led to my lonely place of submerged, unexpressed pride? I could and did access that through my radio. Music was the place where I found love.

or watching, in magazines or websites like tnocs.com or the mothership, at church, in a club or at a concert, or just sitting with the cats in my recliner, I can find my home in music.

Pride month is a time when we who weren’t fully aware of ourselves as children learned to love ourselves and accessed the greatest love of all.

But you don’t have to identify as LGBTQIA+ (or even know what those initials stand for) to know how it feels to lack and need such love.

If you’re one of the lucky ones, like me, you found it where I did. 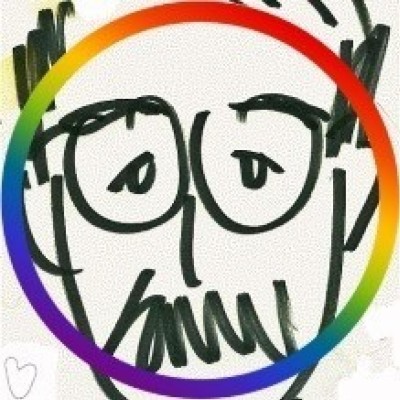 Indeed, this need for self-love is far reaching. In fact, I’d wager that the people who are most antagonistic toward others for traits they can’t control act that way because of their own significant lack of self-love. That’s no excuse, of course, just a statement of the problem.

Music certainly has its healing moments, and the power to empower. I grew up in a very working class enclave of Philadelphia that was saturated in hyper-masculine expectations. I’m not gay (my brother is), but a lot of people assumed I was just because I was a shy, nerdy kid. If I had lived downtown I imagine things would have been quite different, but as it was, my time in middle school was full of kids taunting and threatening me for my demeanor. It happened in school and out on the street, and so nowhere but my own home seemed safe from the relentless cruelty.

My brother and I were lucky to become friends with a small band of weirdos a that time, who incidentally introduced us to our first doses of underground counterculture. We also thankfully went to an accelerated high school with students from all over the city, and things got a good deal better from there, minus an altercation or two.

But music also played a big role in learning to accept me for me. Sometimes it was giving voice to a problem rather than presenting a solution (David Bowie’s “I’m a thinker not a talker, I’ve no one to talk to anyway.”) But then there’s Dr. Frankenfurter insisting that I “Don’t dream it. Be it.” Heck, David Byrne just being his nerdy self (“have to sing about the book I read”) felt revelatory to me, and helped me grow more confident in my own nerdy self.

Were those “small band of weirdos” goths? I was the goth that didn’t get dressed up. So I ended up looking like their mascot.

No, not really. They were punk-adjacent, but maybe too young for strict scene adherence. In high school, I never went with the fishnets and eyeliner, but I did go for the jet black hair.

Beautiful post, Chuck.
This brought a few tears to my eye. Thank you for your honesty and courage.

I remember when my brother came out to me. We shared a big hug. I told him I loved him. There was also a dash of humor, as he relayed how he knew that I always knew. More importantly, he said to me thereafter that telling me was not really about telling me; that it was for him. He still says: that was the day he learned to love himself.

Great piece Chuck. I admit I’d forgotten George Benson originally recorded it. I must have read Tom’s review over at the other place but that fact didn’t stick. Maybe its the fact I’m not a Whitney fan that I passed over it. As much as its not a track I would ever seek out its great to get a different insight into how much it means to you and why.

Some music just provides cheap thrills, some is here today gone tomorrow disposable (not that there’s anything wrong with that, it all has its place) but I’m guessing most of us here also have the music that really connects in a meaningful way. ‘I can find my home in music’ is a great way of putting it.

Beautiful piece Chuck, the message of this song resonates in many of us, no matter our sexual orientation. Back in TGLOA column, I said that the greatest love of all is NOT easy to achieve, and I could add that it is something that we have to work in ourselves every day of our lives.

Wonderfully put, Chuck. I can’t even begin to chronicle the number of songs who’ve helped me find my home, as you put it so poetically.

By the way, I live in Durham, N.C., so we could and should hang out in person sometime.