Welcome to another Sun-Soaked episode of The Songs Of The Summer Series from friend and Contributing Author Ozmoe! This week: Remembering 1967…

Ah yes, 1967, the Summer of Love. As some joked, if you remembered the event, you weren’t really there.

But while some Americans followed Scott McKenzie’s edict to “be sure to wear some flowers in your hair” and go to San Francisco to party at the time, most stayed at home, waiting to hear their favorite song of that summer.

As I wrote in my initial installment, a summer song is a hit that’s fun, upbeat, catchy and sing-able (or maybe hummable, if your vocal cords can’t quite cut it). It’s a song that sounds just as great when you’re on vacation as when you’re hearing it on a sunny every-day.

And since tnocs.com members regard 1967 as year for number ones (based on the 7.55 weighted average on Bill Bois’ (aka Virgindog’s) survey), it shouldn’t be too much of a surprise that three of them peaked between early June and late August ought to be among our top seven contenders for this entry.

So, without further ado, here they are, the potential summer song of 1967, ready for you to rank your top three. As usual, all are listed chronologically based on their Billboard Hot 100 peak.

This one reached the top Memorial Day weekend, and still had enough appeal to be in the top 10 seven weeks later. Since it refers to sunny days and laughter in the lyrics and has an easygoing melody, it’s got the essential ingredients for a great lazy day listen. This one does a good job of maintaining its mellow mood without sacrificing the Young Rascals’ trademark soulful sound.

Believe it or not, there was a time when this record didn’t exist. But when it did hit… it hit big. Aretha did something incredible by making this number an anthem for civil rights and women’s rights and yet dressed it up with enough conventional trappings to make those unaware of the message to buy into it fully nonetheless. As her only Hot 100 topper, some oldies stations treat it like it was her only pop hit, but it’s still tough to overexpose something as great as this.

• The Turtles: She’d Rather Be With Me

This pop group never sounded so optimistically confident that they’d win over the girl in this hit, certainly much more than when they merely fantasized about getting her in Happy Together. The backing musicians may seem loud and obtrusive when heard today, but on AM radio in 1967, it’s the sound that was needed to win over listeners the way the Turtles wanted to win over girlfriends.

The third and final nominee to hit number one in 1967, Windy was a perfect tune for that summer since the titular female was apparently a hippie stoner (she had “stormy eyes,” remember?). The endless repetition of the chorus at the end combined with a flurry of instruments layering their music on top of each other seems designed to dare listeners not to want to sing along and join in on the fun.

• The Fifth Dimension: Up-Up and Away

To those who wanted to get high in a certain way (without drugs), yet still appear hip in 1967, this was the answer. Jimmy Webb’s composition saw a spirited rendition by the Fifth Dimension that made balloon riding sound like the most liberating thing you could do with another person. I wouldn’t have gone as far as the Grammys did and given it six statuettes, but I do agree it is a breezy concoction to please one’s ears.

• Frankie Valli: Can’t Take My Eyes Off You

A romantic ballad may not fit everyone’s criteria of a summer song, but this is so infectiously swinging that I believe it merits consideration. Frankie managed the impressive feat of having a solo career concurrently with staying as the lead singer of a group (the Four Seasons, lest you forget). In fact, the Four Seasons’ “C’mon Marianne” peaked at number 9 while this was at number 2 behind Windy on July 22, 1967, but while the group’s number was more uptempo, it never resonated with the public the way Can’t Take My Eyes Off You has, then and now.

This one came on relatively late but fairly strong. Debuting at number 51 the week of July 21, 1967, it was a fixture in the top 10 two weeks later throughout the month of August. The rocking production somewhat cloaked the lyric’s social satire about the sterility of suburban life, and probably many listeners sang along without knowing or caring that they would be mocked. Mickey Dolenz’s lead vocals really help sell this one.

You may want to consider some other candidates than these. As always, feel free to mention them and say why you’d think the deserve the Summer Song of 1967 designation more than any of these.

And get ready for more to consider next week! 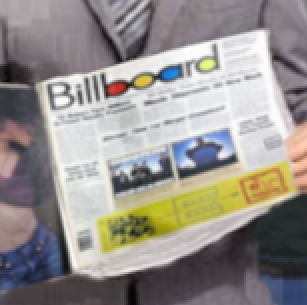 Of the songs you’ve listed, I was only familiar with “Respect,” which unfortunately is a little too weighty to be a Summer Fun song for me. Certainly an all-time great though.

I would pick “Pleasant Valley Sunday” as the winner. Though my personal Monkees pick would be “Daydream Believer.” And yeah, “Happy Together” by The Turtles.

Other considerations include: “Light My Fire” by The Doors. “Soul Man” by Sam & Dave. “Friday on My Mind” by The Easybeats. And “Cold Sweat” by James Brown. I recently learned that the horn part on that last one was directly inspired by Miles Davis’ “So What.”

And other picks that didn’t do so well on the charts: “Candy and a Currant Bun” by Pink Floyd, and “I’m Waiting for the Man” by the Velvet Underground.

These seven songs are a nice mini-playlist, and it’s hard to choose any one of them over the others. I kinda have to go with “Groovin'” because it has the relaxed vibe of a hot summer afternoon. Just like the lyrics say.

I read a sci-fi novel called Summer of Love by Lisa Mason, which was about an alien who travels back in time to San Francisco. I remember “Groovin” playing in my head because that’s what the novel sounded like to me when the alien first gets a sense of time and place, and the people. 1) Groovin 2) Windy 3) Respect

Tough call. Respect is out there in a league of its own but it doesn’t hit me as a summer song. Taking that out of the equation its a two way battle between Young Rascals and The Monkees, both of which have that crucial summer vibe to me. I’ll go with Groovin’ as just having the edge.

The UK summer perspective was all about love and psychadelia. The three month swing from June through August had 6 weeks at #1 for Procul Harum; A Whiter Shade of Pale, 3 weeks for The Beatles; All You Need is Love and rounded off by 4 weeks for your aforementioned Scott Mackenzie. It was all quite the blissed out trip. Brought to a shuddering halt in the first week of September by Englebert Humperdink and The Last Waltz. Take that youth of the 60s, Englebert is in charge now.

I’m always struck by how much room there was in the late-60’s for non-rock/R&B music, because that’s now how the zeitgeist is usually portrayed. But “Cant Take My Eyes Off of You” and “Up Up and Away” were huge hits alongside the Beatles, Stones, and Who.

But “Song of the Summer” should be a youth-culture song, so Pleasant Valley Sunday gets my vote.

Last edited 7 months ago by Eric-J
7

That’s one tough set. I like them all and love most of them (I can’t quite say I love the last three, though they are all good). Like others have suggested, “Respect” would be up there for top song of all time but paradoxically not of a particular summer. I’ll go with 3) She’d Rather Be With Me 2) Groovin’ 1) Windy

I have to agree with V-Dog below: “Groovin'” just feels like a summer song. So I’ll go

I think “Respect” is the best song here, but it isn’t a “summer”song, whatever that means.

Ozmoe, thanks for the trip down memory lane. I would turn 16 in the summer of ’67 and what a year it was.
One of the more eclectic selections of Number Ones and probably the height of Motown versus Beatles battles for the top spot.
My biggest memory of the summer was having my 16th birthday at the Whale Inn, a noted restaurant several miles north of our hometown that was noted for being the place you went to celebrate rites of passage ( weddings, anniversaries, birthdays etc.).
The owner was a classmate of my Aunts’ and as she was in town for the summer, we decided to go there for my birthday.
We got prime seating and the specialty of the house was a 16 oz. Prime Rib with all the fixings ( baked potato, green beans, roll with butter etc.). So my father ordered that for my celebration. As any large teenager with a voracious appetite, I finished it off in short order. The owner came by to pay his respects to my parents and aunt and when he noticed I had finished my meal before anyone else, he made me an offer I couldn’t refuse(well before the Godfather). If I could eat another 16 oz. Prime Rib, the our meal was on him, but if I couldn’t, we had to pay full value.
I nodded to my father to accept the deal and shortly they brought me another selection.
After I had finished that off in short term, the owner acknowledged my feat and held to his deal. My father didn’t have to pay a dime for either of my meals.
He tipped his head and said “I will never underestimate the hunger of a teenager again!”
The capper of the story is my senior prom was at that restaurant two years later and yes, there was no Prime Rib on the menu!
As to the music, everybody in our class said there was no way anybody could dance to “Light My Fire”, so one night at our first fall dance, I bet my friends $10 I could ask any young lady in the gym and could show you how to dance to the song. They quickly took me up on the bet and I asked one of the cheerleaders to dance and we showed them that there is probably no song I can’t dance to. ( I know better now, but in ’67 dreams had a way of coming true).
The Turtles were one of the few groups who got the joke on what was going on and their “Battle of the Bands” is one album everyone who wants to know what the mid ’60’s were about should own.
Thanks guys for the trip.

You people have really got me going now with this trip down memory lane.
I thought I would take a peek at what’s trending now in music and Harry Styles “late Night Talking” came up as the most trending song at the moment and it’s a very nice medium uptempo song but rack it up against Aretha’s “Respect” and it gets blown out of the water even after 55 years!

For the summer vibes, “Groovin'” has the be the selection, though I’d give an honorable mention to “Up Up and Away” for channeling innocent ecstacy in ways currently unimaginable.