I grew up a mile from the sea.

Its one thing I miss living in Leeds, about equidistant from the East and West coasts. I realise that all things are relative and being in the centre of this little island still means the coast is less than two hours drive. I’ve been to some wonderful places and to some incredible beaches.

It’s a sweeping 7 mile long bay with a beach running the entire length. It gets its fair share of visitors but its length, location and the fact there isn’t much in the way of facilities means there’s always plenty of space. There’s a few small villages in the vicinity but its largely unadorned rugged coastline. I can’t say its unspoilt based on some of its features and history but it has that feel.

The land faces off against the North Sea. It isn’t the sort of place for a dip in the sea but nonetheless as kids that was part of the attraction. It was all we knew, cowering our way into the extreme cold of the sea, in over the waist with testicles completely retracted into the body seeking a way of escaping the freezing waters. And then once you were acclimatised you stopped noticing the cold, and could stay in there for what seemed like hours, trying to jump the waves and splash each other.

As an adult I’ve taken my shoes and socks off, rolled up my trousers and gone in as far as my knees but swimming in the North Sea now? Whether summer or winter, no way.

The surrounding area was shaped by coal mining. As a child we would often go for a walk on a Sunday down to the beach. At the time of my earliest memories of these walks some of the mining industry infrastructure was still visible. The juxtaposition of faded and crumbling industrial remnants against the isolated beauty of the scenery fed my imagination. I can picture what was left of a bridge across the path just before you reached the beach with rubble strewn about around it. All that was left were the towers of bricks either side of the road that we would walk through. That vision has an otherworldly quality now, like how can this have existed where now its pristine beauty with no trace left? In addition to that were other redundant crumbling structures in the process of becoming history.

Its all gone now. There isn’t anything leftover of the coal mining that blighted the landscape but at the same time provided employment, money and community and produced the decaying architecture that fascinated me. The irony is that the need for more coal overtook the inefficient method of extraction and scoured the landscape behind the beach.

Opencast mines took their place, surrounding my village during the 70s and 80s. Many of the roads in the surrounding area were like narrow channels of tarmac with baffle banks either side running for miles so that driving out of the village could feel like going through a tunnel. Baffle banks were mounds of earth put in place to obscure any view of the opencast mine and keep down the noise and dust created. The Opencast mines themselves were huge holes in the earth with massive earth moving machines extracting everything to get at the coal.

The huge industrial efficiency meant that unlike an underground min,e their life span was just a few years. Once they had taken everything they needed the holes were filled back in, the land was reshaped and between my village and the sea Druridge Bay Country Park was created with a lake, wetlands and woodland. A manmade haven for wildlife leaving no sign of what had gone before.

One of the not so obvious features was the noise. Coquet Island is a small rocky outcrop at the North end of the bay, half a mile off the mainland. It has a lighthouse on it and on foggy nights the sound of the foghorn travelled for miles. A familiar and comforting sound in the night. The opencast mines had a more alarming sound. An air raid siren would sound to announce that blasting was about to commence, using explosives to shift layers of coal and rock. The siren would be followed by a loud rumble and sometimes the whole house would shake.

There are other elements of the past that are still visible. The bay was marked out as a potential site for a German invasion during WW2. Tank traps and pillboxes were installed along the beach. Tank traps were large concrete blocks placed at the foot of the sand dunes designed to stop tanks getting any further than the beach. They were left in place after the war and became playthings for kids to climb on and jump from one to another. Some of them have shifted in the sand over the last 80 years and are now set at all sorts of angles. The pillboxes were brick built lookout posts built into the dunes. With the constant slow shifting of the dunes over time these were pretty much derelict and broken up by the time of my childhood but it was fascinating to explore the ruins.

Another marker for childhood adventure and imagination was (cue dramatic score; dunn dunn derrrr!!!) The Valley of Death. In reality it wasn’t at all scary. It was a cleave in the dunes at one of their highest points where erosion and weather had created steep sided sandy slopes down to beach level. Known by all the kids in the area by its fearful moniker. It was great for running down, sliding down the sandy slopes on a plastic bag or just throwing yourself down. The story I remember being told was that its name came about because it was where the last dinosaur died. As far as I’m aware this has not been confirmed by palaeontologists. Its the kind of legend that kids make up and let their imagination run riot with.

Further along the beach there were actual bones and bodies discovered. These were human ones. Here the sandy dunes gave way to low, soft peat based cliffs that are gradually being eroded by high tides. In the early 80s this revealed the remnants of a Bronze Age cemetery. Since then there have been more finds and archaeological excavations which have revealed burial mounds, evidence of flint tools and other artefacts dating back thousands of years.

Over time the beach has provided different uses. As a kid it was a playground, a source of endless appeal, running up and down dunes and following the crisscrossing paths through the long spiky marram grass on top of the dunes. Digging holes in the sand, jumping across the tank traps and jumping the waves. As a teenager, during the summer we’d go down to the beach, spread towels on the tank traps and lay there til our skin went bright red. I can confirm that even in North East England it is possible to get sunburn  – remember sunscreen kids; peeling red skin isn’t an attractive proposition. Even if it is weirdly satisfying pulling off the layers. While at university I’d come home during the holidays and each morning I’d go for a run down to the sea. I’d get to the gap in the dunes that marked the entry point to the beach and stop and stare at the sea, taking in the constant but ever changing motion of the waves before continuing my run along the beach.

Although I’ve moved away, I still go back to visit family and get a different perspective again seeing my daughter on the beach and the joy she gets from exploring rock pools, finding unusual shaped pebbles and shells and running through the shallows.

We were there just this week and the shifting landscape of the beach revealed something I hadn’t seen before; a petrified forest. Dating back even further than the bodies, its the remnants of a forest from 7,000 years ago, the wood has been preserved by peat and sand and is now revealed again at low tide.

That’s my beach. Always there but always changing and as well as new advances the past keeps coming back.

Anyone else have that somewhere that is a special place in your life?

Let the author know that you liked their post with a “heart” upvote! 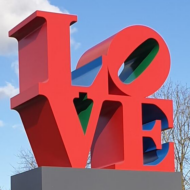 From across the ocean, a middle aged man, a man without a plan, a man full of memories, a man like JJ.

Great write-up! A thoughtful and loving tribute to one particular space across time.

I never lived near the sea, but I can see the attraction. Even living near the putrid Hudson River in NYC, or the slightly less putrid Potomac River in Alexandria, VA, was nice. There’s an instant connection, and every day you get some lovely views and calming sounds (if also some less than pleasant smells).

Last edited 7 months ago by Phylum of Alexandria
4

Thanks Phylum. Don’t know about the Hudson River but we spent a week in a hotel by the UN building overlooking the East River and I loved the view of that. There’s just something for me about water, soothes the soul looking out on it, whether a river, lake or the sea.

As long as I gaze on Potomac sunset, I am in paradise.

I’m going back to Maine for my parents’ 65th wedding anniversary in August. There’s never enough time on these trips home, but I hope to stop at the Pemiquid Point lighthouse. My folks used to take us there for picnics. There’s nothing better than lobster rolls and hot dogs in the salt breeze. It’s a beautiful spot whether the sea is calm or rough.

Looked that up and it looks picture perfect, plenty of character. Reminds me of Nobska Point lighthouse at Cape Cod I once visited while on a road trip. Hope you have a great weekend celebrating your parents anniversary. 65 years is an impressive milestone.

You gonna hunt yahself a pahtridge while you’re up there? (Asked in true admiration of the people and culture of Maine.)

Nah, but I might tap some maples and shuck a lobstah.

I enjoyed this piece a lot, JJ Live At Leeds. You only hint at the bigger theme of this essay in the subtext, which makes it all the more haunting, and more effective. You’re relaying information to people in the know without offending anybody who may have a different perspective on the matter. Well done.

Thanks for the kind words Cappie. My default writing style has a tendency towards humorous, sarcastic irreverence but I’ve been making a concerted effort to try different things in the pieces I’ve written for the site. Your words are much appreciated.

Beautiful post.
I did not grow up anywhere near a bay.
But my favorite place in the world is Moloa’a Bay in Kauai.

Whoa, that was a great write-up JJ… feels like the kind of place you may not “get” at first, but which grows and lingers with imagination and learning about its history. Thanks for sharing!!!