What is the difference between vibrato and tremolo? IS there a difference?

Indeed there is, but it is complicated by incorrect usage. I mean, no one wants to call a Vibraphone a Tremolophone. That’s, like, weird.

First, let’s lay down some definitions.

Vibrato is produced by wavering the pitch of a sustained note.

Think opera singers. They sing a note, but the pitch of the note oscillates up and down, to add expression. (Sometimes to a fault, to my ears). Some instruments, especially string instruments frequently use vibrato.

I talked to a professional viola player who told me that vibrato usage has changed over the years. If you go far enough back in time (pre-1900s), vibrato apparently wasn’t very common. It gained favor in the first half of the 20th century, and by the 50’s: tight, fast, constant vibrato was the common trend.

Since then, vibrato usage in strings has moderated somewhat. Instead of constant, fast vibrato, the oscillation in pitch is slower and used to a degree that is appropriate to the phrase of music being played.

But she assured me that opera singers still use it as much as ever.

The definition of tremolo? There are actually multiple definitions. Let’s dive in, shall we?

That is called tremolo. From the same root word as “tremble”. It creates a “shivery” sound to the note. You may not have thought of it before, but when you listen for it, you’ll find it shows up more than you realized. Here’s an example of tremolo playing:

Think of the guitar throughout the Smiths’ song, How Soon Is Now. It makes the sound more interesting than a simple sustained note.

I’m more interested in the second definition of tremolo, because it relates much more closely to vibrato.

I feel like the two are often confused. I think most singers use vibrato. When you hear Barbra Streisand or Whitney Houston belting out a long note, the pitch of that note is wavering quickly up and down. Vibrato!

Over the years I’ve noticed some singers tend to use tremolo effects while singing rather than vibrato. Take the Bee Gees for example.

In their 1971 #1 hit, How Can You Mend a Broken Heart, their exposed vocals are clearly varying in volume rather than varying in pitch. (This video is cued up strategically to 0:41 seconds, to reveal one of their tremolo-filled, tender ‘grunts’)

It’s probably not as simple as I’m claiming. There probably is some vibrato along with the tremolo.

Another singer that uses this technique is Olivia Newton-John. Check out her sustaining this note 45 seconds into her duet with Cliff Richard.

She holds out the word “eyes” with an unwavering tone at first – but then introduces tremolo to her voice. Again, I’m sure she doesn’t always do this, but I hear it from her a lot.

Some instruments can’t produce vibrato at all.

The pitch of notes played on a vibraphone are fixed by the length of the metal tubes under the aluminum keys.

An oppositely misnamed musical device, the tremolo bar on a guitar (also called a whammy bar), is a bar attached to the bridge of a guitar.

It’s used to vary the tension on the strings, thus changing the pitch of the notes played.

This is technically vibrato.

Now, let’s get to the bottom of things… I am really just writing this article so we can discuss how cool tremolo sounds in music.

I love when the tremolo effect is applied to instruments. This mainly applies to the electric guitar, but there are great examples of vibraphone and tremolo applied to keyboard sounds as well.

The vibraphone was developed between the mid-19-teens and mid-1920s, but the version we would recognize today was invented in the late 1920s. It became popular with jazz musicians, jazz being the pop music of the day.

Lionel Hampton was an early adopter and probably most famous player of the vibraphone.

He is credited with the first recorded, improvised solo on vibraphone on the Louis Armstrong song Memories of You, recorded in 1930.

The lounge/exotica genres used a lot of vibraphone in the late 50s and early 60s. Arthur Lyman, the vibraphone player for Martin Denny and then later as a solo artist saw great success playing on the likes of Denny’s Quiet Village and many other hits of the genre.

It took a little longer for tremolo effects to be developed for the guitar.

One of the first examples of recorded tremolo guitar are on a set of Roosevelt Sykes sides (that’s what they used to call songs – referring to the ‘sides’ of a 78 rpm record) that were recorded in April 1942.

The guitar player is most likely Big Bill Broonzy. Here is one of those songs, called You Can’t Do That To Me.

The tremolo effect starts after the first verse. It’s subdued, but you can hear it.

Muddy Waters and others used its effect in blues records. Bo Diddley made a living out of that tremolo sound.

Here’s that distinctive tremolo sound on Bo Diddley’s debut single that topped the R&B charts in 1955.

What was the name of that song again?

And so we turn the corner into rock and roll.

There were some notable uses of tremolo early on. 1958 saw Link Wray applying tremolo to the last verse of his influential power chord instrumental, Rumble. That same year Duane Eddy kicked off a career that all pretty much used what he called “twangy” guitar. It was just another term for the tremolo effect he always used.

As we get into the 60s and beyond it’s probably better to just share some examples of great tremolo effects in music.

Some of these are favorites of mine. Others are great examples that I didn’t know very well. I won’t repeat the examples above that I’ve already linked to, but I should reiterate that Bo Diddley’s Bo Diddley seems like the quintessential tremolo sound to me. Let’s explore…

Duane Eddy
Forty Miles of Bad Road
(1959)
He may have been a one trick pony, but it sounded good.

Buffalo Springfield
For What It’s Worth
(1966)
The extreme tremolo of the chiming guitar is an essential part of the song.

Rolling Stones
Gimmie Shelter
(1969)
My favorite part of the song has always been the song’s shivery opening.

Steely Dan
Razor Boy
(1973)
This is an example of vibraphone in pop/rock. Fantastic.

The Smiths
How Soon Is Now
(1984)
I am no big fan of The Smiths, but the tremolo guitar in How Soon Is Now is just massive. It doesn’t make the song – it IS the song.
I love this stupid song.

There are a lot more examples out there.

The Who’s Won’t Get Fooled Again

And even the electronic bass on Donna Summer’s I Feel Love has that tremolo feel.

What are your favorite examples? 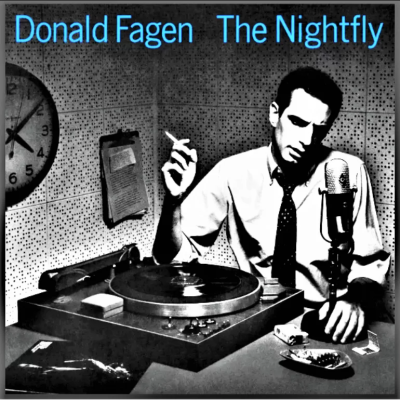 I always thought Chrissy Hynde has a very slow vibrato, but now I think it’s a tremolo. Whatever it is, it’s cool.

I hadn’t thought of Hynde, but I think you’re right about her vocal style.

Greet stuff Link. I don’t think you can beat How Soon Is Now. As far as I’m concerned Morrissey has turned out to be such an odious human doing his best to trash the memory of The Smiths but the music is still fantastic and first time I heard How Soon Is Now ss a teenager it gave me shivers down my spine.

Could of choice recommendations

Electric Prunes – I Had Too Much Too Dream Last Night.
https://youtu.be/F-kVFfKezVo

Hatful of Hollows is my favorite Smiths album. I think the John Peel version of “Reel Around the Fountain” is better than the one on their debut.

“Girls in Their Summer Clothes” reminds me of “Everyday is Sunday”. I think that’s part of the reason why Gurinder Chadha makes mention of The Smiths in Blinded by the Light. The protagonist’s girlfriend, who hands out fliers about Nelson Mandela to her classmates, is in for an awful shock.

… that if you plugged a microphone into a Fender Twin Reverb amplifier and cranked up the “TREMOLO” knob, you could precisely replicate the Tommy James vocal effect starting at 04:20:

Dang, that’s a perfect tremolo example I hadn’t thought of.

As an avid Bowie fan, I love me an exaggerated vibrato:

And I came to love other singers with prominent vibrato: Bryan Ferry, Scott Walker, Odetta, ANOHNI, etc. My older brother absolutely hates vibrato in singing; it’s second only to melisma on his kill list.

He doesn’t mind tremolo, but for some reason finds this one annoying ﻿ 🤔 ﻿:

Well done, Link! I get a kick out of the confusion between these two techniques, each of which is a clever way around a singer’s challenges – imperfect pitch can be disguised with vibrato, breathing can be parsed out so longer notes can be held with tremolo. I even saw a video once where someone said you can learn tremolo by singing vibrato faster and faster. The Bee Gees were a lovely example – our family used to giggle listening to “How Can You Mend a Broken Heart.” Dolly Parton and Stevie Nicks both use the technique.

As a classical guitarist’s technique, tremolo is the practice of rapidly playing one string with the ring, middle, and index fingers of the right hand between lower notes plucked by the thumb. Francisco Tarrega is one of the pivotal player/composers of the instrument, and his “Recuerdos de la Alhambra” is one of those pieces that every serious player must attempt. He wrote it in tribute to being invited to stay at the Alhambra palace, and the burbling melody line was meant to resemble the sound of the palace’s fountains. Segovia filmed a series of pieces there, but I particularly like Julian Bream’s version.

This one’s for you, Link. Thank you.
https://www.youtube.com/watch?v=PqfkMgVaOeY

That is some dexterity! I didn’t know this definition of tremolo. There are other tremolo definitions on keyboards, too. Like going rapidly between two different chords. I think that instruments that trill rapidly between notes that are more than a whole step apart can also be called tremolo. So I guess there’s more to tremolo than we all thought!

I’m provided with answers to questions I always had but never knew I needed answered.