“NEXT ON INFO WARS:”

“Evidence that a secret cabal of powerful elites performed clandestine rites to channel the dark spirit of Moloch, an ancient pagan god most known for his demand for child sacrifices. All to cement the elite’s hold on society, and to keep everyone else subservient to their power!“

This is some crazy stuff!

It sounds like something right out of today’s online fever swamps of conspiracy-mongering.

Is it true? Well, we’ll probably never know for certain. That’s the problem with secretive practices. Unless people want to be found out, secrets can easily remain secret.

There is enough ambiguity and plausible deniability to prevent any conclusive theory about the Sola-Busca cards from ever taking hold.

Peter Mark Adams makes it obvious in his book The Game of Saturn that, at the very least, the deck is not what it seems to be at first glance.

And it certainly doesn’t fit the more banal descriptions as an educational deck, or a fancy wedding present.

The fact that it’s filled with historical nobodies and despicable tyrants alone makes it a thundering failure for either of those functions.

This wasn’t simply some expensive gift.

A lot of thought (and yes, a lot of time and money) went into the design, pressing, and painting of all 78 cards.

And yet – there is clearly a dark tone in at least some of the cards.

People burning alive. Nero preparing to toss a baby into a fire. A decapitated head with its eye pierced. A man turning into a dragon. A sad cherub’s head impaled by sticks.

What do these cards mean?

Adams does entertain the possibility that some of the deck’s content was included not only to appeal to its recipients, but to serve as potential blackmail material.

He presents the homoerotic content as one example of this, but we’ll never be sure. Perhaps it merely served as a secret gift to Neo-pagan nobles who privately enjoyed homoerotic art. Or perhaps it pertains to ceremonial sexual rites among men.

Despite the ambiguity of the Sola-Busca cards (not least due to the maddening nature of syncretic overlap of stories and characters across cultures and time), I nevertheless think that Adams’ theory about the cult of Saturn is quite persuasive.

His conclusion is based on a very thoughtful ethnographic analysis of the cards, and of the culture surrounding them.

I’m not as convinced as he is about the deck’s purpose in channeling the violent spirit of Moloch for possessions. But it’s clear to me that at least some of the cards (such as Catone) have some intent of malicious astral magic. I guess the best case interpretation of a card like that is that it was the Renaissance magic equivalent of a gun in the house, one that you hope to never use.

But other cards, like the Nero card, give me real pause.

I don’t think the noble Ferrarese families were pining for the sacrifice of their own children.

But given that the gladiatorial games of the Roman colosseum were initially implemented to satisfy the blood requirement for Saturnalia, it’s not out of the question that they longed for some return of ritual blood shed among the community.

Adams makes a very strong case that the cards trade in symbols that constantly go back to Carthage, Saturn, ceremony, and sacrifice.

It seems as if these nobles praised Saturn in his ancient role as Ba’al Ammon as a way to hearken to their own pagan roots in the Afro-Levant, and also to channel the most aggressive, violent, and diabolical form of their god as possible. If not to be possessed by his spirit, perhaps at least to channel his power into spells against rivals.

I don’t know about you, but when it comes to accusations of devil worship and black magic, I admit that I typically think of the accused as the “wrongly accused.” Someone whose religious practices were misunderstood; or someone who simply made others envious, and thus served as a target of their suspicion and opportunism.

I mean….witch hunts were all bogus, right??

Well, I should have reminded myself that malicious, self-interested a-holes exist at every point in time. Should they live in cultures where sorcery is believed to be a thing, some a-holes will hunt down suspected sorcerers, no doubt. But other a-holes will attempt to use dark magical spells to bring their enemies down.

I think the Sola-Busca tarocchi is probably an instance of this latter case. Lesson definitely learned here. Mea Culpa.

One thing that seems certain now: the connection to tarot and hermetic practices seems to have emerged a lot earlier than many people think!

Occultists like Aleister Crowley thought that tarot literally came from ancient Egypt, it was the wisdom of Thoth transferred in picture form. But that’s the type of things that occultists say. Still, the notion that occult tarot emerged in the 1800s is incorrect.

Someone was using tarocchi for esoteric ceremonial purposes, as early as the 1490s. Even if the major occultists of the time—like Ficino and Pico Della Mirandola—didn’t quite appreciate how tarot could organize and ritualize their knowledge sets, the Sola-Busca deck demonstrated that someone was attempting to do so, at least for a very specific strain of dark ceremonial magic.

As for today’s accusations, I have a feeling that a lot of conspiracy theories playing with similar details are somehow historically rooted in these Renaissance beliefs and practices. How such information was passed out of the secretive group and into the public imagination, I have no idea.

At the very least, despite the craziness and absurdity of the stories that plague us today, I can acknowledge that, in a specific time and place, such malevolent conspiring likely did take place.

I can also acknowledge that plenty of modern day a-holes are currently conspiring against society for the sake of their own power.

And whatever our current culture’s analogue to black magic may be, you can bet that those a-holes are trying to use it to their advantage.

And heck, maybe drinking adrenochrome does turn you into a lizard person.

(That’s it! Hope you enjoyed the series!) 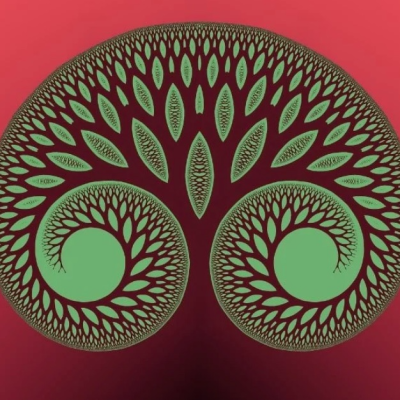 One way to interpret the notion of knowingly invoking a deity in his cruelest aspects is a more modern one:

Could this be “trollish” posturing?

Not “trolling” in the technical sense of provoking a response. This stuff was, after all, esoteric symbolism within a private collection of cards. It was not intended to ever be found out. Still, there may have been a privately shared identity as everything that was hated and taboo at the time. “Look at us! We are the monsters you fear!”

Certainly, that type of thinking was around in the late 1700s (I mentioned William Blake and the early strains of Satanism in Bill’s last post).

And among the Surrealists of the early 20th century, they all worshipped the Marquis de Sade–a man accused of the worst crimes of rape and torture imaginable–as some pure symbol of absolute liberty. To them, Sade may or may not have really done those things he wrote about, but he represented the unfiltered will of the individual, the force that cannot be repressed or held back.

Could something similar have taken place with the Ferrarese nobility worshipping Saturn as Italy’s Moloch? Perhaps. It’s hard to reconcile modern sensibilities with earlier times. The late Renaissance was almost a twilight time, the transition between medieval and early modern thinking. It’s difficult to say what type of thinking might apply for them, especially in private.

Thanks for the series Phylum. Fascinating stuff, history, art, intrigue, the occult and a mystery that can’t be completely resolved. Whats not to like?

What’s on the cards next?

Terrible pun, I’ll see myself out.

Well, mt is the house dealer, but there’s a chance that he pulls something that I wrote quite recently, and if so, I hope you’ll toast it with a hearty “cin cin!”

“whatever our current culture’s analogue to black magic may be…”

Definitely social media. Such unimaginable generosity and cruelty can be conjured on a whim in the social media space. Cyber-bullying, GoFundMe, the BTS Army…

If magic was a understood as a means of amplifying your power, then social media has the be the modern version. Great power (for good or for bad) to those who harness it well.

I actually just recently wrote a short essay on how magic is portrayed in the A Song of Ice and Fire series.

I argue that while magic represents untold power, like any fantasy series, it is a power that is costly, unpredictable, and inherently dangerous. I also mentioned that it basically serves as a critique of human nature, amplifying our worst qualities.

…were you reading my mind when talking about social media? It’s dead on!

I certainly enjoyed it Phylum, thank you for your hard work in compiling all this! I like the idea Tarot cards evolved as an F-You to snobby elitists in society. I mean, the Old World was so consumed with classes over the centuries, and various religious folk abusing their power over the years, why wouldn’t certain members of perceived outcasts of society secretly look for ways to get one up on those oppressors?

Lots of fascinating stuff to ponder there…

So much of the history of tarot involved the underdogs and the weirdos thriving in the shadows. The Ferrarese nobles were themselves the snobby elitists of their time, but eventually occult tarot became more and more widespread.

As creepy as Aleister Crowley sometimes was, he openly shared his ceremonial practices and interpretations with the public, making it available to anyone who wanted to learn more.

You gotta appreciate that effort. Without it, we wouldn’t have coked-out Bowie singing about kabbalah and scrawling the tree of life onto the floor. ﻿ 😀 ﻿ 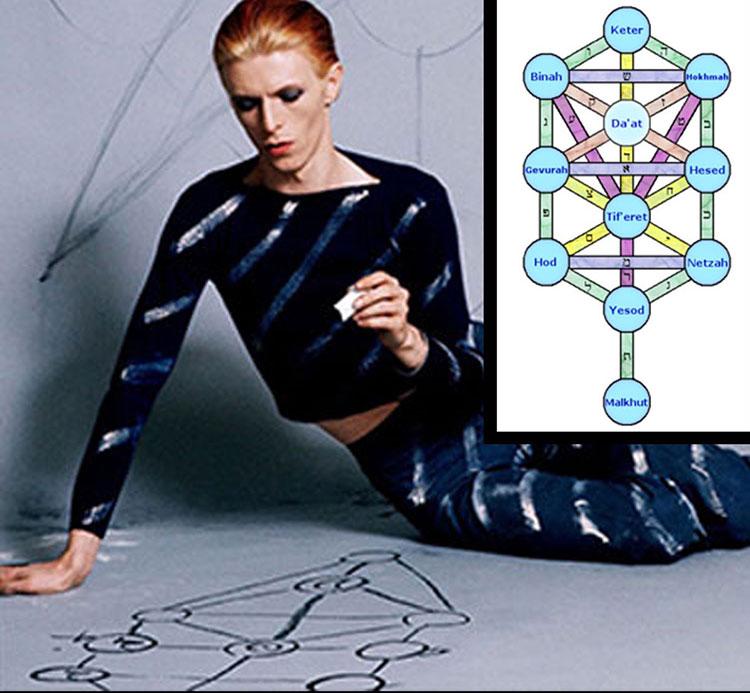 My earliest drive-in memory was seeing the documentary film The Bermuda Triangle. I believed it all. But I was at an age in which tying my shoelaces by myself was a Herculean task.

To this day, it still casts a spell, even though I know it’s all bunk.

It just dawned on me. The filmmaker was capitalizing on Close Encounters of the Third Kind. People were ready to believe in the existence of aliens.

Movies can certainly create conditions for more belief. The Exorcist is probably the most dramatic example of that.

I feel like if we don’t tap into those feelings at least sometimes, we’re missing out on some fundamental human experiences. Despite my lifetime of skepticism, Nina Simone’s “Sinnerman” will never fail to terrify me.

Scared isn’t the right word. That would be culturally insensitive. But some of the tracks on Tanya Tagaq’s Retribution has the ability to change my mood. And what a gutsy choice for a cover.

I just played “Sinnerman” for the first time. It’s on the same album as “Strange Fruit”. Either the people at Verve weren’t paying attention to the lyrics, or they had a lot of verve. If I had a turntable, I’d definitely buy Pastel Blues. It looks like a concept album.

Is there a consensus on who recorded the definitive version of “Strange Fruit”?

Specifically the original 1939 version. The “Lady Sings the Blues” version is great in terms of her performance, but I hate the pseudo-Spanish trumpet throughout.

It's all starting to…